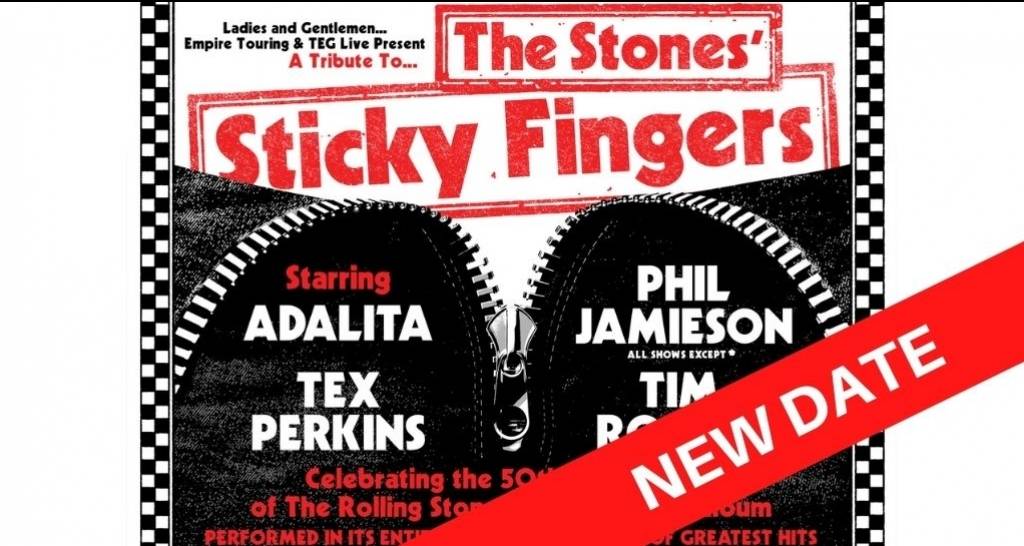 The Rolling Stones’ seminal Sticky Fingers album is celebrating its 50th anniversary (yikes!) in April 2021 and to celebrate, a quartet of Aussie rock royalty will be bringing the album to back to life with shows in the Gold Coast, Brisbane, Sunshine Coast, Melbourne, Newcastle and Sydney from 16 April.

Sharing the stage for the party will be four of the best lead vocalists in Aussie music – Magic Dirt’s Adalita, Grinspoon’s Phil Jamieson, The Cruel Sea’s Tex Perkins and You Am I’s Tim Rogers.

This sensational quartet will perform the Sticky Fingers album in full as well as some of The Stones’ greatest hits in a COVIDSafe, rock ‘n roll celebration.

Sticky Fingers was, according to Pitchfork, “about melody, and playing, and style” and The Rolling Stones had all those qualities in spades. Kicking off with Brown Sugar before assaulting your eardrums with future classics like Wild Horses and Dead Flowers, the album has been on every Top Album list since the 80s and continues to help define what was a turbulent time in music, politics and the free love generation.

Phil Jamieson said, “It is with a mixture of abject terror and completely deranged excitement that I get to go on the road with Adalita, Tex and Tim – three of the finest musicians this country has produced. It’s a complete honour to share the stage with them and interpret one of the greatest records of all time, Sticky Fingers by The Rolling Stones. I’m taking a big breath out, knowing this will be insanely fun but also crazy challenging.”

Tex Perkins added, “I was 15 when I started listening to Sticky Fingers. I mean, really listening, like you’re supposed to. Start with the iconic opener Brown Sugar and go right through to its glorious conclusion Moonlight Mile. For me, it’s close to a perfect album. Every track stands up by itself, every lick , beat , and word is exactly where it needs to be. It has a feel of wild abandon followed by a darkness and beauty that is devastating.

“I’d have to say it is the one album that has informed and inspired my own music the most. It has been not only my favourite Stones’ album but my favourite album by anyone for a long, long time and to have the opportunity to perform it live with some of my dearest friends is something I don’t take lightly. I’m really looking forward to this, hope you are too.”

Protecting the health, safety, and wellbeing of our ticketholders and workforce is our highest priority and all venues will be operating in reduced, COVIDSafe modes with all precautions stipulated by the respective State Governments.

Fans are also strongly advised to use the official ticket links and not to buy tickets from so called “reselling” websites such as Viagogo who typically advertise heavily online and often mislead consumers into paying much higher prices than necessary for tickets that may turn out to be fake.