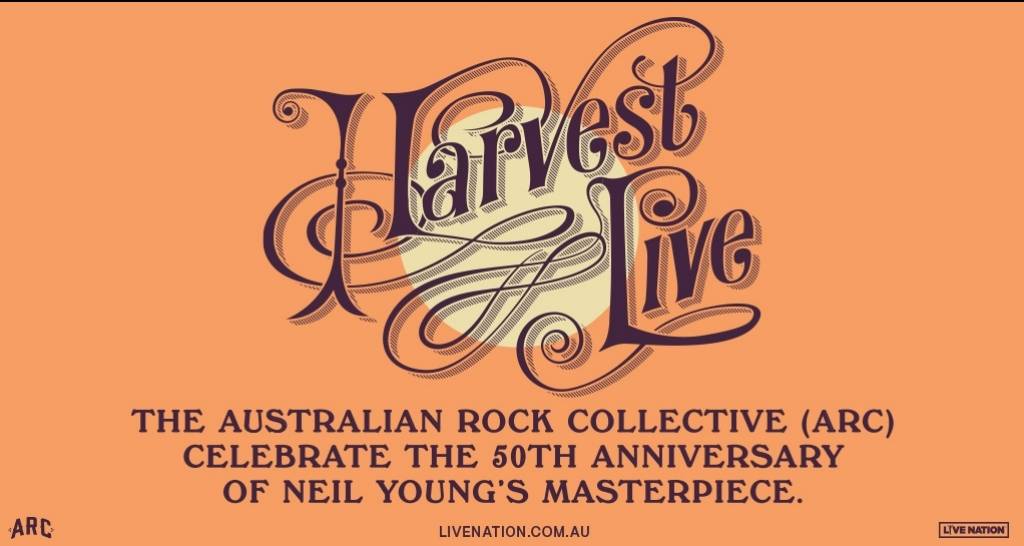 Live Nation is pleased to announce an extensive tour by the AUSTRALIAN ROCK COLLECTIVE (ARC) presenting Neil Young’s masterpiece, “Harvest,” live in concert in celebration of its 50th anniversary.

This follows ARC’s two sold-out and critically acclaimed tours of The Beatles “Abbey Road” in 2019 when the band presented The Beatles masterpiece with forensic detail to rapturous applause every night.

In February 1972, Neil Young released what would become his most successful record. “Harvest” was his fourth studio album and followed on from the brilliant “After the Gold Rush” becoming the biggest selling album of 1972, giving Neil Young his first #1 album and single with ‘Heart of Gold’.

As well as ‘Heart of Gold’, the album includes a slew of Young’s classics including ‘Old Man’, ‘Alabama’, ‘A Man Needs a Maid’, ‘Words’ and the beautiful ‘The Needle and the Damage Done’ written for his friend and band mate Danny Whitten who would later tragically die of an overdose.

ARC will be presenting “Harvest” in its entirety before the returning to the stage in the second half of the night to present a selection of Neil Young classics from the career of one of rock music’s true masters.

“Harvest is the album that came to define Americana – literally where rock and roll goes to Nashville.”   Classic Rock

“He had “a bad back” and “didn’t know what else to do”. But as a result, Neil Young created an album of simple low-key tunes that defined folky rockin’ and ‘home recording’, and continues to reap rewards 50 years later.”   Guitar.com

“The musos on stage do something The Beatles never managed: play the album (and more) authentically, brilliantly, and with obvious respect and love.”   Tone Deaf

“Some of Australia’s best musicians playing some of the greatest songs of all time.”   The Music